Trattoria al Forno is located on Disney’s Boardwalk outside of Epcot’s International Gateway. Also known as the back exit between the U.K. and France pavilions. 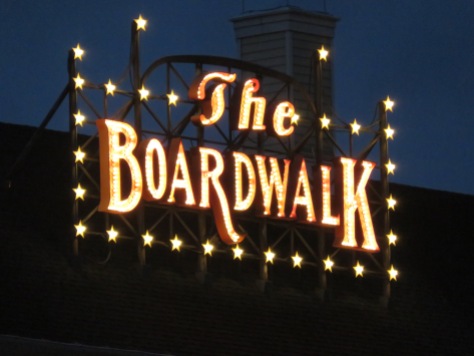 This restaurant replaced Cat Kora’s Kouzzina 2 years ago. Another lesser known restaurant that consistently has excellent food and service. This was our second visit, we visited last year as well. 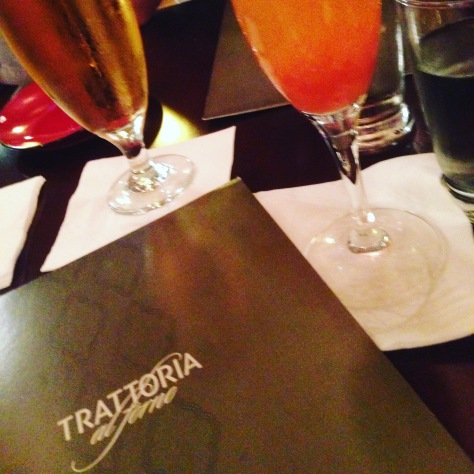 We started with ordering drinks, water for the boys, a Peach Bellini for me, and an Italian beer for my husband. Next, we shared an appetizer of Fried Calamari – with Balsamic Agrodolce ($11.99). I normally don’t eat more than a bit or two of calamari, not a big fan, but this was very good and I had more than I normally would.

For entrees I chose the Seasonal Risotto ($18.99). I cannot remember everything that was in it, but it was very tasty. The rice was not over-cooked and the sauce was not overpowering.

Hubby chose the Braised Short Rib Bologonese – with smoked bacon, tagliatelle, and roasted mushrooms ($21.99). He was a bit jealous of my short ribs last night at Captain’s Grille. These were just as wonderful, I had a taste. I did not get a picture, but click the dish name and it will bring you to a photo of the dish from All Ears.

The kids are too old for the kid’s menu and my oldest has very much been looking forward to the Giant Meatball he had last year. He talked about it for months leading up to the trip asking if we could go eat there again.  It was changed a bit from last year, but he had the Polpetta Gigante – beef meatball, spinach ricotta canneloni and Sunday Gravy ($19.99). It was not quite as big, but still pretty large. Spinach and ricotta not being items he would normally eat, but he wanted that giant meatball and ordered it anyways. He said he didn’t even notice the taste of the spinach although you could clearly see it and he liked the ricotta cheese.

My younger one chose a pizza of course, it was quite large, but he finished off the entire pie by himself, including the crust, saying it was very good pizza.

Service was great and we were seated within minutes of arriving despite being early for our reservation. It was busy, but not completely full and with the open kitchen, it makes for a fun lively atmosphere even though it’s more formal than most. 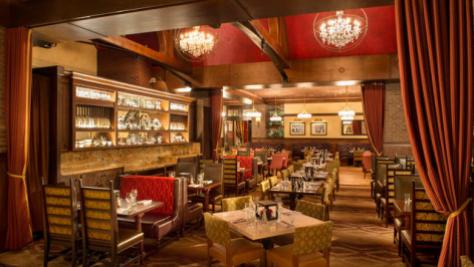 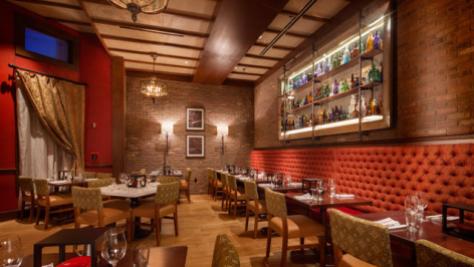 This is another one of my favorite restaurants on Disney property.

This site uses Akismet to reduce spam. Learn how your comment data is processed.

Want to learn more? Contact one of our agents today to begin planning your next family vacation. Let us help you make it a time to treasure!